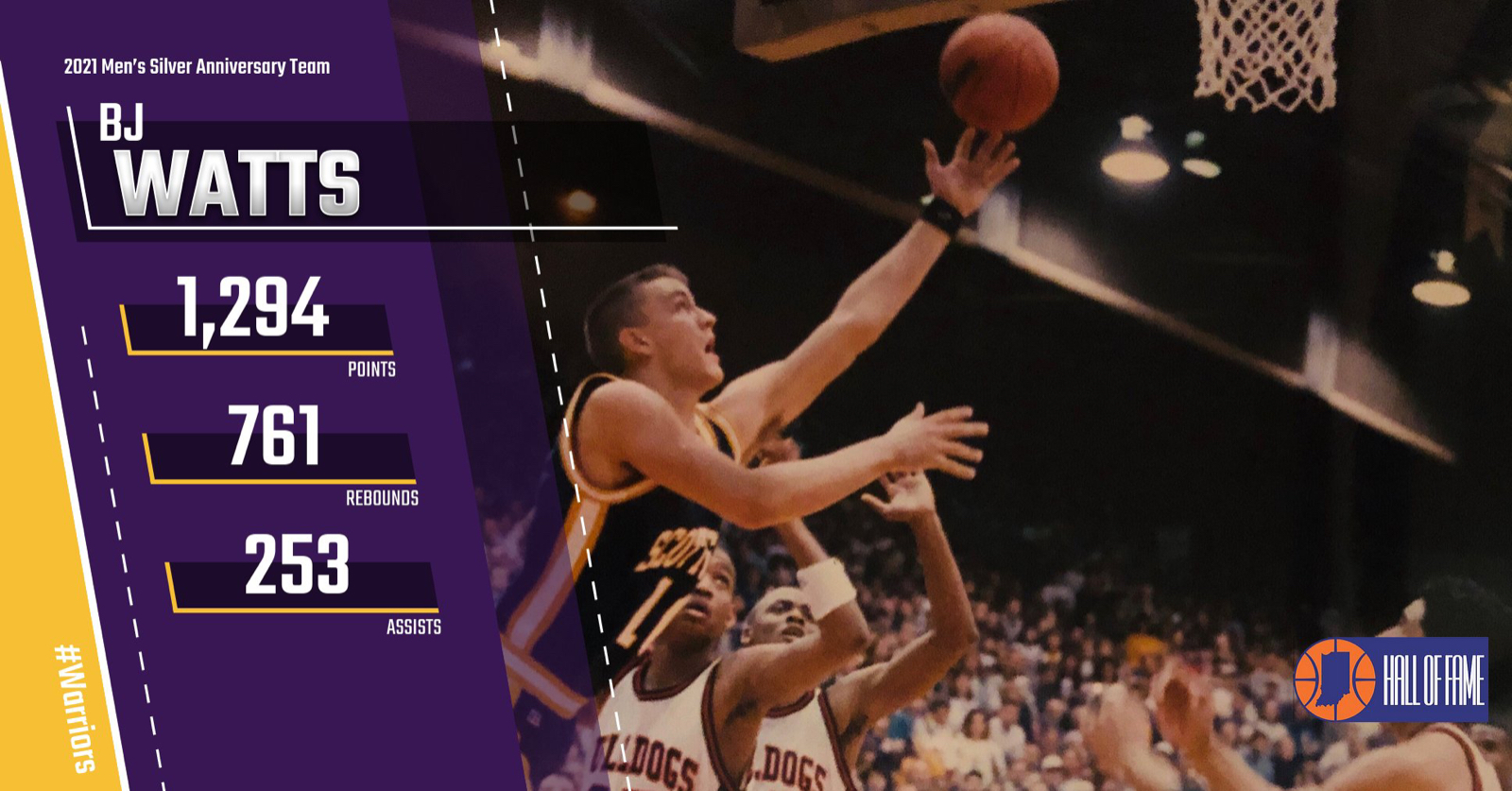 Former Scottsburg Warrior BJ Watts (’96) has been selected to the 2021 Indiana Basketball Hall of Fam Silver Anniversary Team.  BJ finished his Warrior career as the 5th leading scorer all time with 1,294 points and 3rd all time in rebounds with 761!  Here is a list of his other accomplishments:

Hoosier Basketball Magazine 1st team all-state and pictured on the cover of HBM… averaged 18.5 points, 8.9 rebounds and 3.4 steals per game as senior for 18-6 Mid-Southern Conference and sectional champions… totaled 1,294 points, 761 rebounds, 253 assists and 151 blocks in four years for teams that went 62-29 with three Mid-Southern Conference champions and three Madison sectional championships… averaged 19.8 points, 8.0 rebounds, 3.3 assists and 2.9 steals as junior on 20-3 sectional and conference championship team and 14.2 points and 7.9 rebounds as sophomore… he was three-time all-conference, two-time MSC MVP, three-time all-sectional, sectional MVP, two-time all-regional, two-time Scott County Shootout MVP, 1996 East-West All-Star and Top 40 Workout participant… played in 61 games at the University of Southern Indiana, including their 23-5 GLVC champion team in 1997 and 27-6 team in 1998, both of which played in the NCAA Division II national tournament… he has worked with the Evansville Vanderburgh School Corporation for 19 years, 11 years as Evansville City Councilman and City County President, and for the past eight years has been Chairman of the Indiana State Board of Education… married with two children, he resides in Evansville.

*Watts is only the 3rd Warrior to ever receive this honor joining Vern Altemeyer (‘56) and Bill James (‘69).

*BJ upon receiving word of his selection: ”I know I’ve been gone for a minute but NO ONE appreciates more than me, how special Scottsburg High School and Scottsburg Basketball are, still a love affair to this day brother 🏀💜💛”